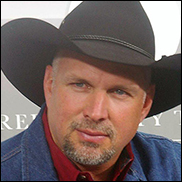 According to Billboard, WME will rep Brooks in all areas, including film, music and television, as well as endorsements.

Brooks is one of the top-selling country artists in history, with six of his albums having sold more than ten million copies and 25 #1 singles. As well, he has won 22 Academy of Country Music Awards; Two Grammys; 19 Billboard Awards and 12 Country Music Association (CMA) Awards among numerous other accolades. – Staff Writers