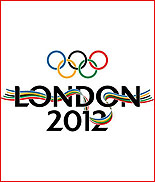 LONDON (CelebrityAccess MediaWire) — Organizers for the London 2012 Olympics have tapped the praisery Freud Communications to head up public relations efforts for three key campaigns planned for the games.

Freud will oversee the development of the Olympic torch relay campaign, the ticketing campaign and the volunteer drive for the games, three efforts that constitute a majority of the 2012 public relations budget, PR Week reported. The overall value of the contracts was estimated to be approximately £2 million over a 2 year period.

Hill & Knowlton and Edelman, two other public relations firms that had been in the running for the campaigns are not shut out entirely but will be brought aboard for specific projects. A source involved in the review process told PR Week that the decision to utilize multiple firms came after observing the process at the Vancouver Winter Olympics.

"They ran the process with the intention of coming to a single agency, then realised a roster was more sensible," the unnamed source said. – CelebrityAccess Staff Writers