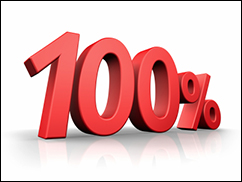 (Hypebot) – The U.S. Department Of Justice is set to allow 100% music licensing – the practice of letting one owner of a song to license it for any use without permission from other stakeholders. This decision comes despite strong objections from songwriters and publishers, and will cripple ASCAP and BMI, says Attorney Chris Castle.

After a prolonged and expensive process of soliciting public comments on potential betterments in the ASCAP and BMI consent decrees, the Department of Justice has decided to ignore all of the ideas presented and focus on the one thing that is almost guaranteed to destroy the PRO system in the U.S.–adopt the punitive policy of “100% licensing”.

Simply put, 100% licensing refers to the ability of a co-owner of an undivided interest in real property to grant a nonexclusive license to allow a third party to use the whole parcel without the consent (and potentially over the objection) of the co-owners. A co-owner relying on this rule also assumes the obligation of accounting to the co-owner and to not license at a rate that constitutes an economic waste of the property.

The Department of Justice seeks to apply this theory to song copyrights through the consent decrees. After all the hopeful aspirations that the legacy consent decrees were going to be fixed by the Obama Administration, it now appears that at this late stage of the Administration’s term, the can will just get kicked down the road even further.

The Administration’s relatively new position appears to have been based on extraordinarily bad advice–advice that is so bad it looks punitive. This in part because in order to get to the punchline, the Administration has to ignore the implications to international trade, replace a voluntary licensing doctrine with a government mandate, ignore written agreements between generations of songwriters, and impose untold transaction costs on songwriters without requiring an increase in royalty rates to permit cost recovery.

It is true that the rule has been applied to copyright in the U.S. from time to time, but it is actually quite rare because of four preconditions.

First, to the extent the rule obtains at all, it is a U.S. creature. Applying this rule to copyrights originating in countries other than the U.S. when the rule is not recognized in those other nations raises the real possibility that the proposed application by the DOJ is unlawful. In fact, it may actually be a treaty violation that could cause the United States to be hailed into a WTO arbitration. (See Fairness in Music Licensing Act where that exact thing happened, the U.S. lost, and U.S. taxpayers are subsidizing foreign songwriters.)

The rule also involves voluntary licensing by the co-owner. To my knowledge, it has never been applied to a government mandated license in copyright, real property or otherwise. (If the DOJ is confident in its position, then I for one would like to see this issue briefed.) I am also not familiar with cases where the license is issued over the objection of the co-owner.

The rights of the co-owner typically will originate with some agreement or purchase agreement that grants to the co-owner the right to the use of the whole of the property even though they only own a partial interest. In order to be effective, the co-owner license must not violate an agreement to the contrary between or among the co-owners.

Not only are there likely to be written agreements covering these songs, the fact that each songwriter has registered their works with their respective PROs of which they are writer members is pretty easily interpreted as an “implied in fact” contract from the mere uncontested registration of song shares with multiple PROs. As the U.S. Supreme Court noted in Baltimore & Ohio R. Co. v. United States, 261 U.S. 592 (1923):

[A]n agreement “implied in fact” founded upon a meeting of minds, which, although not embodied in an express contract, is inferred, as a fact, from conduct of the parties showing, in the light of the surrounding circumstances, their tacit understanding.

What could be clearer than the uncontested act of PRO registration?

Perhaps most importantly and most relevantly for this post, the co-owner’s license is presumed to be negotiated at a rate that will take into account the cost of the license to the granting co-owner. This is another place that the DOJ’s proposed rule disintegrates or even becomes punitive.

Under the DOJ’s proposed 100% licensing rule, the applicable rate payable to PROs under the consent decrees is a rate for the use of the music licensed. No rate court took into account the “surprise” cost of administering songs in a 100% licensing world now being created by the DOJ from whole cloth.

Since the cost of administering these licenses was never included in the rate, any fee charged for 100% licensing by PROs would simply offset the costs for the convenience of the licensee music user and not be a rate for the benefit of songwriters, it seems proper that any music user seeking to trade on this theory should pay the freight.

In other words, ASCAP and BMI songwriters should be able to charge a fee for the convenience of 100% licensing that should be outside of the consent decrees and rate courts altogether. If not, the new transaction cost of administering 100% licensing when deducted from the already minuscule rate court license fees may well cause the music user to be in a better position than she would be in if the PRO had fully performed under the consent decree’s terms.

This is particularly true regarding the rates that were mandated by the two rate court judges without an opportunity for songwriters to be heard regarding these additional “surprise”regulatory costs now contemplated by the Department of Justice.

If the Obama Administration wants to lame duck their way out of amending (or terminating) these ancient consent decrees, they could at least do songwriters the courtesy of telling them to their faces.