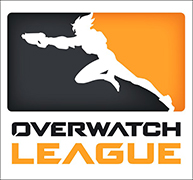 LOS ANGELES (CelebrityAccess) — Blizzard Entertainment revealed more of its esports strategy this week as it announced the first round of team owners for its new Overwatch League.

While esports leagues are not a new phenomenon, Blizzard's Overwatch league is the first built around a city-based regional system, bringing the competitive gaming league more in line with traditional sports.

"We looked at major cities around the world and came up with a list of cities that wasn't just based on population size but really the concentration of Overwatch players," Overwatch League commissioner Nate Nanzer told GameSpot. "And once we had our cities identified, we set out and were talking to who we thought would be great owners. We wanted to make sure we were partnering with partners who, first and foremost, had a proven track record of building and growing a fan base."

The business model for the league will generate revenue through ticket sales, advertising, sponsorship deals and broadcast rights revenue. According to Blizzard, teams will be able to keep an unspecified amount of the money they generate, but once profits reach a cetain threshold, a percentage will then flow to the league as part of a shared revenue pool.

As well, teams will have a license to operate and monetize up to five amateur events in their home territory each year, and to benefit from the sale of league-affiliated fan items in Overwatch, with 50% of the revenues going into the net shared revenue pool for all teams.

As the league spins up, teams will develop "home venues" but fr the first season, Blizzard said that regular season matches will be be played at an esports arena in the Los Angeles area. Matches will be played each Thursday, Friday and Saturday.