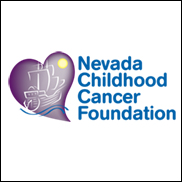 According to People Magazine, the money will be used to underwrite the construction of the Britney Spears Campus, a 16,000 square-foot facility combining more than 45 pediatric and adult services which is slated to open later this year.

Spears, 35, released a statement on the new facility.

“There are many things I’ve done in my career that I am proud of, but none more than this. The fact that I was able to use my celebrity status to raise the money to build this incredible facility to help sick children and their families when they need it the most not only brings many tears to my eyes, but really brings tremendous meaning to this amazing journey that I have been on,” Spears said.

“My aunt Sandra died of cancer and I know the devastating effects that this terrible disease brings upon its victims and their loved ones, but when it happens to innocent young children, there’s literally nothing I can think of worse than that. I’m just glad that I can help in some small way,” Spears added. “I want to thank the NCCF for the amazing work they do on a daily basis and I look forward to being there to officially open the Britney Spears Campus of the Nevada Childhood Cancer Foundation in the fall.”

The Nevada Childhood Cancer Foundation currently services more than 400 pediatric patients and the new facility will allow the organization to double in size and extend its hours of operation.

“We are so thrilled and genuinely excited about moving into our new beautiful location. Our heartfelt thanks go out to Britney Spears for her compassion and dedication to our cause, giving us the means to do this through a recent capital campaign,” Jeff Gordon, President of the foundation said in a statement.