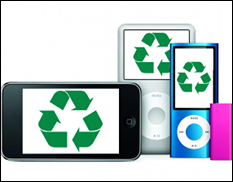 NEW YORK (Hypebot) — A federal judge in New York rejected ReDigi's "first sale doctrine" defense and ruled that the company must stop re-selling track purchased legally on iTunes and elsewhere. The ruling is a major victory for plaintiff Capital Records and the major labels. Redigi, however, vowed to fight on.

"Courts have consistently held that the unauthorized duplication of digital music files over the Internet infringes a copyright owner's exclusive right to reproduce," Judge Sullivan wrote. "However, courts have not previously addressed whether the unauthorized transfer of a digital music file over the Internet – where only one file exists before and after the transfer – constitutes reproduction within the meaning of the Copyright Act. The court holds that it does."

Future versions of the Redigi platform, already in development, could address the judges objections, a company spokesman told CNet after the ruling.

Redigi's currently technology first makes a copy of the digital file, and then deletes the original before re-sale. Both Amazon and Apple have filed their patents in recent weeks with their own approaches to digital resale.

Capital Records sought $150,000 per infringement, and while the judge has not yet awarded damages, he seems inclined to. In his decision, Judge Sullivan wrote:

"ReDigi facilitates and profits from the sale of copyrighted commercial recordings, transferred in their entirety, with a likely detrimental impact on the primary market for these goods. It is beside the point that the original phonorecord no longer exists. It matters only that a new phonorecord has been created."