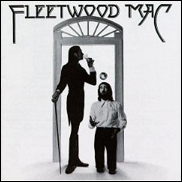 LOS ANGELES (CelebrityAccess MediaWire) — Legendary supergroup Fleetwood Mac will be embarking on their first concert tour in five years on March 1st at Pittsburgh's Mellon Arena and will include all the Mac's many greatest hits from over the course of one of rock's most enduring bands of our time.

"We love our band and think the title of the tour "Unleashed" perfectly describes how we all feel when we get on stage together — especially in 2009. We're so happy to get back out on the road, perform everyone's favorite songs and see our fans," said the band in a joint statement.

The first 16 dates of the "Unleashed" tour will include stops in New York, Boston, Washington and Montreal, it was confirmed today, December 3, by Live Nation, the tour's national promoter. Fleetwood Mac, the multi-Grammy award winning Rock and Roll Hall of Fame inductees will continue the "Unleashed" tour throughout the Spring and Summer. Additional dates to be announced shortly.

In other great Fleetwood Mac news, the iconographic 'Rumours' CD, (certified Diamond, signifying sales of over 10 million units by the RIAA) is scheduled to be re-released as part of a special CD/DVD boxed set on Reprise Records in conjunction with the tour dates. The boxed set will include previously unreleased tracks recorded during the making of 'Rumours' as well as a DVD component with never before seen footage of the band.