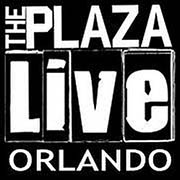 ORLANDO (CelebrityAccess) — Former Plaza Live general manager Kirk Colvin says that he, and all of the venue's senior staff were replaced just days before singer Christina Grimmie was killed in an attack by a fan.

According to Orlando Weekly, Colvin says that he and the venue's other management were replaced by Orlando Philharmonic board on June 1st for the stated purpose that the board wanted to "to go in a different direction."

"It was not publicly known that the entire management team was replaced by the Orlando Philharmonic board on June 1st for the stated reason "to go in a different direction" and I believe the replacements hired were completely inexperienced and ill prepared to manage the Plaza. Given my history of saving the Plaza from bankruptcy and building it into one of Florida’s most respected concert venues I can only assume this was done to cut costs or worse due to personality conflicts with board members. Sadly this tragedy occurred the very first concert managed by the new staff," Colvin said in a statement to the Weekly.

"I'm calling for those board members involved in making such an irresponsible decision to change the entire management without properly planning for an organized handover and transition should resign before they inflect more damage to the venue we all love and not attempt to place blame on anyone else for their poor judgment," Colvin added.

A subsequent statement released by Plaza Live's board and staff offered condolences and said that the venue was suspending operations until further notice. It defered further questions to the Orlando Police Department. – Staff Writers