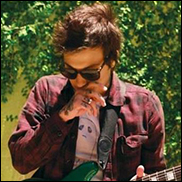 SYDNEY, NSW (CelebrityAccess) — Former My Chemical Romance rhythm guitarist and backup vocalist Frank Iero has canceled all of the remaining tour dates for his new project Frank Iero & The Patience after suffering a serious motor vehicle accident while on tour in Australia.

"Hi friends, thanks all for the well wishes. We're pretty banged up but miraculously alive& in stable condition. I'm still in a state of shock," Iero tweeted late last week following the accident.

A subsequent post on his Facebook page announced that due to the severity of the injuries sustained in the accident, the band was canceling all future performances in 2016. The group was slated to perform at numerous dates in the US through October and November.

The band is also due to head to Europe for a series of shows in the UK and on the Continent, starting in February. As of yet, there's no word on if these dates will be affected.

The Sydney Morning Herald reported that the accident occurred when a bus crashed into the back of their van at the Australian headquarters of Twitter, where they were to perform.

Iero and another man who the Morning Herald did not identify were standing at the rear of the van at the time and suffered serious leg injuries in the crash. They were taken to St Vincent's Hospital for treatment.

A third man, 29, escaped serious injury and was treated at the scene for cuts and bruises, police said, per the Morning Herald. – Staff Writers