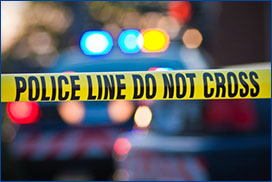 ANTIOCH, TN (CelebrityAccess) — A man armed with a gun, a hatchet and pepper spray who attacked a movie theater near Nashville on Wednesday afternoon was killed in a gun battle with police, authorities said.

According to the Washington Post, the unidentified 29-year-old man, wearing a surgical mask over his face, entered the projection both of the Carmike Hickory 8 movie theater in Antioch and filled the theater with pepper spray. When police responded, the suspect allegedly fired at the first officer to enter the theater. The police officer returned fire and then withdrew from the theater.

A police SWAT team responded and shot the attacker as he emerged from the back of the theater.

No one else was injured in the attack, but a man, identified only as Steven, and his daughter were affected by the pepper spray used by the assailant.

“I am eternally grateful for the Metro police department for their fast response today and for the fact that no one else got injured other than the person who did this,” Steven told reporters after being introduced by a police spokesman.

The incident comes only two weeks after a similar attack which left two dead after gunman open fire inside a Lafayette, La., movie theater. – Staff Writers