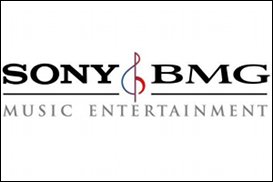 NEW YORK (Hypebot) – With Citigroup reportedly on the verge of taking over EMI, potential buyers have begun circling and one surprise potential buyer has emerged as a front runner.

BMG, former owner of RCA Records and then partner in Sony BMG, got out of the recorded music business by selling its stake to Sony. Since then, BMG has invested in several publishing catalogs and had been thought to want to add EMI's deep publishing holdings.

That was until BMG CEO Hartwig Masuch spoke to Music Week yesterday.

“Integrating EMI’s publishing would be tough, but if you look at the recorded side, it is a different story," stated Masuch. "We are increasingly moving into representing master catalogs and EMI is the iconic catalog. We are more confident these days; it is no secret we are more interested in rights to masters than publishing.”

Getting back into the record label business, even at a bargain basement price, seems an unusual move for BMG. But the record business like Hollywood has a certain allure.

BMG may also be moving more quickly because of reports that David Bowie’s important catalog is up for renewal at EMI next year; and the savvy musician may want to join Queen, The Rolling Stones and Paul McCartney in leaving the company for safer pastures. A big check from BMG might change Bowie's mind.