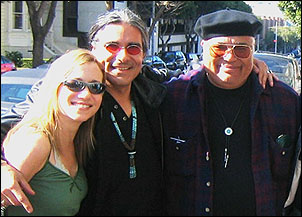 TOPANGA CANYON, CA (CelebrityAccess MediaWire) — In 2004 Jacalyn Kane returned (after a five year hiatus) to lead the way, along with a dynamic production team, in transforming the Topanga Days Country Fair into a prosperous and viable fundraising Festival for the Topanga Community House (TCH).

In one year, under her leadership, the TCH tripled their net and over the following two years, with continued increase in profits, placed Topanga Days squarely on the map as one of the best Bohemian festivals in Southern California.

After three successful years as Producer of the 'renewed' Topanga Days Country Fair, Ms. Kane will depart the Fair and resume her focus on the production of independent concerts on a national & international scale. Special benefit concerts are planned as well for Ms. Kane & her partner's soon to be launched, international non-profit. The project will focus on bridging the gap between young people of different cultures by fostering peace through art & music.

2006 also saw Kane Productions co-creating the Celebration of Oneness festival in Pasadena between John Densmore of The Doors, Hani Naser, Donna Delory, Lili Haydn and other members of Densmore's Tribaljazz.

Current 2007 concert ventures include a Great Collaborations Series featuring several of these international artists focused on World Music, independent concerts in Santa Barbara at both The Lobero and Marjorie Luke Theatres, co-productions with The Lincoln Theatre in Napa including a concert slated for March with Lila Downs, and international business ventures and concerts abroad.