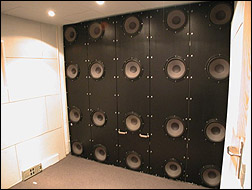 (CelebrityAccess MediaWire) — Researchers found that loud music may damage more than your hearing, it could also cause your lungs to collapse.

According to a report from BBC News, one man was driving when he experienced a pneumothorax, characterized by breathlessness and chest pain.

A pneumothorax occurs when air gets into the space between the lung and the membrane that covers it when small breaks occur in the lung wall, according to the BBC.

Doctors say the intense pulses of low-frequency, high-energy sound causes the lung to rupture because air and tissue respond differently to sound, according to the BBC.

In some cases, a patient's life can be put at risk, but the condition can typically be treated by inserting a tube called a chest drain to allow air to escape from the chest cavity. –by CelebrityAccess Staff Writers