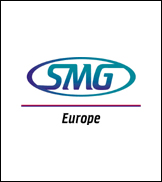 MANCHESTER UK (CelebrityAccess) — SMG Europe revealed that Manchester police are investigating a possible case of embezzlement at the Manchester Arena.

As previously reported in CelebrityAccess, Police first starting investigating the fraud case at the arena in October, 2014, but details on the nature of the investigation were sparse. Now, SMG Europe has confirmed to Billboard that police are investigating a theft of assets first discovered by SMG.

In a statement to Billboard, a spokesperson for SMG confirmed that "SMG’s internal controls identified an irregularity that SMG reported to Greater Manchester Police. SMG’s report to the police involved a suspected theft of assets that belonged to SMG and to no one else. SMG has been fully cooperating with the ensuing official investigation."

Greater Manchester Police confirmed to Billboard that an investigation was in progress, but did not offer comment on its scope, and said no arrests have been made.

SMG Europe, a subsidiary of venue management firm SMG, operates and manges 12 facilities in Europe and the UK, and is headquartered at Manchester arena. – Staff Writers