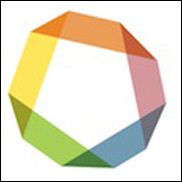 CANNES, France (VIP-NEWS) — Attendance at the 2014 edition of Midem was down 4% on the previous year, according to conference organizers.

This year’s event drew 6,150 participants, compared to 6,400 in 2013, said Midem director Bruno Crolot. A contributing factor in the smaller number of participants was a “slight decrease” in visitors from France and Southern Europe, said Crolot, citing ongoing economic problems in the region. There was also a small slide in the number of visitors from Germany, he said.

However, there was growth in visitor numbers from other international markets. Participants from Japan were up 40% year-on-year; Australia up close to 50%; Turkey up 40% and Brazil, which was this year’s country of honor, up 30%.

Sponsorship also doubled from last year, said Crolot, with Pepsi, Vivendi, Deezer, Spotify, Getty and Citi Bank among the principle sponsors of this year’s Midem. The number of festival pavilions was consistent with 2013, said organizers, while the number of international countries represented grew to 75.

“Although we have had a slight decrease [in participant numbers], the right people are here, they are doing great business and they all seem to be happy,” said Crolot at Midem’s closing press conference, which took place today (Feb. 4) as the four-event came to a successful conclusion with talks by industry legend and co-founder of Sire Records Seymour Stein, and Josh Rabinowitz, Grey Group SVP director of music.

“Midem used to be a place that you had to come if you wanted to make a certain kind of deal. Now it’s a place that I think people love to come because it’s the only place that you get certain kinds of conversations going on," said Ken Hertz, senior partner at Hertz, Lichtenstein & Young LLP and co-founder and principal memBrain, at the closing address. "Midem was more engaged in the discussion of convergence and disruption in the music industry earlier than any of the other conferences and it focus on that with intelligent conversation,” he added.

Crolot closed the press conference by confirming the dates of Midem 2015, which will take place Jan. 31 to Feb. 3 in Cannes.