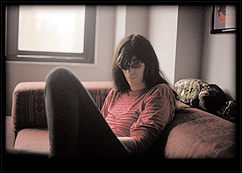 NEW YORK (CelebrityAccess MediaWire) — Celebrating what would have been the 56th birthday of punk rock legend Joey Ramone, the New York Dolls will headline the 2007 Joey Ramone Birthday Bash on Saturday, May 19th at the Fillmore New York at Irving Plaza.

Joey’s brother and event organizer Mickey Leigh said that Joey would have been excited that the Dolls are included in this year’s bash: “Joey used to play the first Dolls album so much that the grooves eventually wore out on the vinyl, creating new arrangements to the songs, but he kept playing it anyway." Leigh adds "The New York Dolls' influence on the Ramones is well documented, and a nod is given to them in just about every interview the Ramones did regarding the band's formative years.”

The night will be MC’d by Little Steven Van Zandt and Matt Pinfield.

As always, Sean O’Sullivan’s Punk Pipers will round out the night on the bagpipes.

Joey Ramone, who passed away in April of 2001 after a seven-year battle with lymphoma, had a history of encouraging up-and-coming bands in New York's downtown music scene by showcasing them at his special “Joey Ramone Presents” events. Since his passing, his mother Charlotte Lesher and Leigh have carried on the tradition “by keeping everyone that was close to Joey, including his fans, occupied and positive on what would otherwise be a sad, somber day.” –by CelebrityAccess Staff Writers