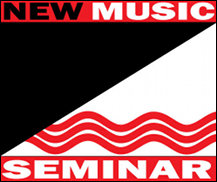 NMS provides both artists and industry executives incisive dialogue, actual working solutions and a context for collaboration to continue to design and build the new music business models of success.

Confirmed NMS Movements and Intensive Focus
1st Movement:  The Music Business Isn't Over: It's Just Beginning
"Press the reset button and start all over again. It's a new game and the good news is that NOW you can win."

2nd Movement:  A&R in the New Music Business
"The music business may be down 80% but NEW artists and music are still breaking.  The way people get exposed to new music and the way they ingest and metabolize music are changing rapidly with technology. The competition for attention in this more connected world is greater than ever. Music programming and exposure continues to become further segmented. Difficult music business economics are changing the kind of deals and the frequency of deals.

The prophets and pundits discuss how they find music and artists in the new era.  What do they think is hot and why?  Is A&R still directed to traditional radio formats or has the web changed all that? How is A&R in 2011 different from 2001?

3rd Movement:  Touring in the New Music Business
"Learn new ways of touring and the platforms to expose yourself including;  touring colleges, living room tours, club dates, marketing services available to promote your dates and other services to get you exposed and give your act the edge you need for success in this ever more crowded and competitive environment.

4th Movement:  The Creative Conundrum
"Standing out in an ever-growing sea of mediocrity requires you to not only be good but to be unique. Here are the four areas that you must pass the differentiation test; Your songs, production, live show and story (concept, image, platform). Give them something to talk about in all four areas and your odds of breaking go through the roof.

5th Movement:  Artist Movement:  The Breaks
"Artists discuss mentors and miracles, how they first broke through and life changing moments. What worked for them can also work for you.

15 – 18 Minute Intensives:  How to get more exposure and make more money at any stage of your career.