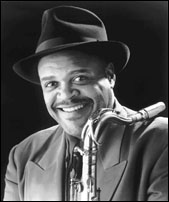 (CelebrityAccess MediaWire) — Tenor saxophonist John Stubblefield died July 4 at Calvary Hospital in the Bronx, NY of prostate cancer. He was 60. Stubblefield was best known for his work with the Association for the Advancement of Creative Musicians (AACM).

Stubblefield was born in Little Rock, AR on February 4, 1945 and moved to Chicago as a young boy. He studied with Muhal Richard Abrams and made his recording debut with Joseph Jarman in 1968.

Hospitalized since April 3, among his many visitors were Bill Cosby and Bill Clinton.