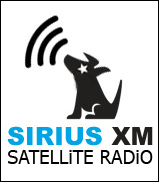 (Hypebot) – From David Lowery on The Trichordist.

We told you so. Sirius, Pandora and other digital broadcasters in refusing to pay royalties on pre-1972 masters have created total chaos for digital broadcasters and enormous liabilities for their shareholders. A federal judge has ruled that Sirius has no license to play these songs. This is not a just a devastating setback for Sirius. It has wide ranging repercussions for the entire broadcasting industry. Does any service have a license to play any pre-1972 recording? That is now an open question.

We’ve always maintained that the position that Sirius and Pandora have taken in regards to pre-1972 recordings was extremely dangerous, for it could result in a judge ruling that no digital broadcasters have compulsory licenses to play these songs. And now that’s what has happened. If this ruling stands every digital broadcaster may have to obtain a license to play pre-1972 recordings from every single master recording owner. That is what I would call a clusterjam™ of epic proportions.

In the equity trading business there is a little adage: “Any idiot can lose money in the stock market, you have to be really smart to lose a lot of money.” So here is the corollary: “Any idiot lawyer can make a bad legal argument that leads to copyright infringement liabilities, It takes a really smart lawyer to make an entire industry liable.”

The thing for Pandora and Sirius to do now is to immediately start paying royalties under the 1995 DPRA act (and subsequent acts). Why? Because they’d at least have a fig leaf of a claim to a license for these recordings. With all due respect to our lawyer friends and law professors who have insisted that we are wrong about this, the federal 1995 DPRA act DOES cover pre-1972 recordings (and a careful reading of the latest ruling does not contradict our position). To claim otherwise is as plausible as a belief in unicorns. Just look at the text* of the 1995 DPRA. Nowhere does the text make any distinction between pre-72 or post 72 masters. Further you would have to believe an extraordinary claim that congress intended to exclude an entire class of recordings, without testimony or debate. The act also goes out of it’s way to specifically exempt terrestrial radio, if congress had intended to exempt pre-1972 recordings wouldn’t they have specifically exempted it? After all they declared themselves to be in the business of handing out exemptions!

Further the law says “copyrighted work”, but does not specify federal copyright as the unicorn wranglers claim. And lets be consistent here, by inductive logic why aren’t the unicorn caballeros claiming that the DMCA safe harbor doesn’t apply to pre-1972 recordings? I just hear crickets on that one.

To amend title 17, United States Code, to provide an exclusive right to perform sound recordings publicly by means of digital transmissions, and for other purposes. <

Be it enacted by the Senate and House of Representatives of the United States of America in Congress assembled, <

This Act may be cited as the “Digital Performance Right in Sound Recordings Act of 1995''.

Section 106 of title 17, United States Code, is amended–
(1) in paragraph (4) by striking “and'' after the semicolon;
(2) in paragraph (5) by striking the period and inserting “; and''; and
(3) by adding at the end the following:
“(6) in the case of sound recordings, to perform the copyrighted work publicly by means of a digital audio transmission.''.