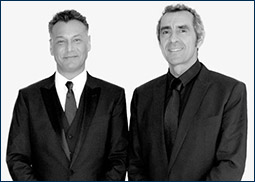 The Company’s first European office, set to open Dec. 1, will be headed by Pascual Egea. A well-known tour promoter in Spain, Pascual Egea will head the European regional headquarters for the company.

"We want to be sure that all of the artists on our roster have the best global services and we want to be in a prime position to negotiate tours in Europe,” Kolm said in a statement, adding that the company is “already planning additional office openings."

”I’m not an agent; I work for the artist so that their brand has a before and after,” says Kolm, photographed March 30 at WK Entertainment in Miami, about his role for his clients. “I’m the brand manager, and they make the music. The single objective is to grow the brand, but the artist has to agree with me.”

The new Madrid office will handle booking and marketing for artists represented by WK and 2PK, another management company in which Kolm is a partner. WK’s roster of artists includes Carlos Vives, Maluma, Wisin and Silvestre Dangond. 2PK represents Bacilos and Charlie Zaa, among other artists.

WK was founded in 2013 by label boss turned manager Kolm, who came to management after an esteemed label career that included a term as president of Universal Music Latino/Machete.