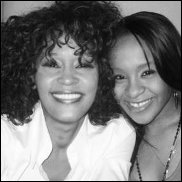 ATLANTA (CelebrityAccess) — Bobbi Kristina Brown, the daughter of the Bobby Brown and the late singer Whitney Houston, died on Sunday, approximately six months after being discovered unresponsive in a bathtub in the home she shared with Nick Gordon, the man she called her husband. She was 22-years-old.

Gordon reportedly discovered Brown and said that she did not appear to be breathing and lacked a pulse before emergency responders arrived. Brown remained in a medically induced coma until the time of her death.

"Bobbi Kristina Brown passed away July, 26 2015, surrounded by her family. She is finally at peace in the arms of God. We want to again thank everyone for their tremendous amount of love and support during these last few months," Kristen Foster, a representative for the Houston family said Sunday.

The Roswell Police Department and the Fulton County Medical Examiner's Office will continue to investigate the circumstances surrounding Brown's death, however the time elapsed since she was found unresponsive may complicate those efforts.

"Interpretation of autopsy findings and other information will also be challenging," the medical examiner's office said in the statement. "However, an autopsy could be helpful to address questions which may arise about the cause of her unresponsiveness and eventual death."

On June 24th, Bobbi Kristina's court-appointed representative filed a civil lawsuit against Gordon, alleging that he misrepresenting his relationship with Brown; of assault and battery; intentionally causing emotional distress and of taking more than $11,000 from her bank account while she languished in a medically-induced coma.

Gordon and Brown had grown up as brother and sister, but by January, 2014, their relationship appeared to have changed, with the couple referring to themselves as husband and wife. Bobbi Kristina's aunt Pat Houston obtained a restraining order against Brown and singer Bobby Brown has since stated that Bobbi Kristina had never married Gordon. – Staff Writers