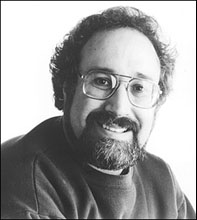 In conferring the degree upon their former student,
University president Richard Warch said: “Bruce Iglauer, the United States Senate may not have had you in mind when it declared 2003 as the Year of the Blues, but it might well have, for you have done as much as anyone to protect
and promote the great legacy of this distinctively American art form.”

Lawrence University is not the first institution to recognize Iglauer for his many accomplishments. The Montreaux Jazz Festival honored him with its Lifetime
Achievement Award; the Blues Hall of Fame inducted Iglauer in 1997; and Chicago Magazine named him a “Chicagoan of the Year” in 2002. — edited by Bob Grossweiner and Jane Cohen