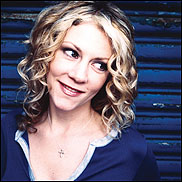 TORONTO (CelebrityAccess MediaWire) — Most of the news coming from the recording industry is pretty bleak these days but there are some bright spots. One of those is Canada's indie label scene.

Frequently more nimble than their larger counterparts, Canada's indie labels are staking a place for themselves in today's market and positioning themselves for future success. A recent article by Billboard showcased some recent Nielsen Soundscan data which indicated that indie labels together accounted for 19 percent of Canada's retail sales. This places them ahead of virtually all of the competition except for industry giant Universal.

Labels such as Toronto-based Koch Entertainment, Labwork Music (Ontario) and Secret City records (Montreal) have all been making themselves felt with aggressive A&R strategies, niche marketing and casting an eye toward future licensing opportunities seem to be paying off. The secret apparently, is integration — one stop shopping so to speak.

"We used to push artists to labels we were distributing," Koch Entertainment Canada president Dominique Zgarka told Billboard, "but realized we were doing all of the work. We decided to keep things under one roof."

At least some of their success comes at the expense of the majors. In recent years, Canada has seen a decline in the number of domestic artists signed to major labels, leaving fertile ground for indie talent scouts to suss out the next jewel in the rough.

"When I started here nine years ago," Stephen Blair, VP of A&R for Warner Canada told Billboard, "we had 22 Canadian bands. Now we have 12."

These fresh-faced, roguish young labels may offer a ray of sunshine to music fans, particularly if they can leverage their lack of monetary and ideological investment on the DRM and digital music front but if they can truly lead the way remains to be seen. – CelebrityAccess Staff Writers