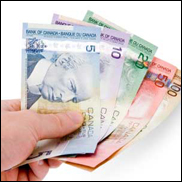 ALBERTA, Canada (Hypebot) – Canada's Temporary Foreign Worker Program saw recent changes, including increased fees, for the majority of such workers that will unduly affect small bars and restaurants that book bands but don't exist primarily as music venues. Designed to protect Canadian workers from outside competition, owners of such small businesses feel the fees are excessive and that local musicians are not hurt by a broader range of bookings. At least one U.K. musician has already cancelled dates due to the new regulations.


New fees for foreign workers (via The DIY Musician) took effect July 31st but the news is making its way to the States rather slowly.

"The regulations require that any venue with a primary business other than music but which also books bands or performers must now pay an application fee of $275 per musician and those travelling with the band (tour manager, sound person, guitar tech, etc.) when it applies for a Labour Market Opinion, or LMO, to allow those outside workers to perform and work in their establishment. That’s also in addition to an extra $150 for each approved musician and crew member’s work permit."


"Prior to the changes, the fee was simply $150 per band member, maxing out at $450, and that was a one-time fee for them to simply enter the country, which allowed venue owners across Canada to share the nominal cost or book them separately at no extra charge."


A Labour Market Opinion is a document certifying that the job in question cannot be filled by a Canadian worker. This protective measure, which makes sense in some situations, may make it impossible for some venues to book foreign acts.


Spencer Brown, music booker for Calgary's The Palomino, said the new rules caught him by surprise and that this is the most damaging changes to the LMO he's experienced:

“If I have a one four-member American band at the Palomino, I’m looking at $1,700 Canadian just to get them on the bill — and that’s on top of paying out a sound tech, paying for posters, gear rental, paying the other bands, staffing…Concert promotion at this level is, in itself, a high-risk occupation. So this has just put it through the roof. There’s no way to start already $1,700 in the hole and break even. It’s impossible.”


"“Me bringing in (American act) Redd Kross (Aug. 31) is not going to devastate Calgary’s garage rock scene. It’s not going to put anyone out of work. It’s going to inspire people to pick up a guitar and put out an album. The same thing when we bring in Orange Goblin from the U.K. in October, it’s not going to destroy the city’s stoner metal scene.”"


While the new regulations are intended, in part, to shift the cost of Labour Market Opinions from the taxpayer to the employer, they certainly sound like a form of over-regulation in this case.


UK singer-songwriter Hugh Cornwell lost three dates due to the new regs. Even though two of the venues on a western Canadian leg were unaffected, one venue had to cancel. Losing that gig made it uneconomical to travel for the other two so all three got cancelled in the end.


It's quite likely that many musicians have already been affected but at least Cornwell got some publicity out of it. Small consolation I know.


Response to the New Rules

Concerns about the situation have been expressed by The Canadian Independent Music Association.

A petition against the fees for musicians has been signed by "136,224 supporters" to date.