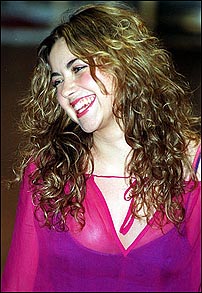 Apparently the fall out occurred after disagreements regarding the 16-year-old Classical star's relationship with 18 year old student and DJ Steven Johnson.

Church told her record company, Sony Music, that she no longer wants to work with her 37 year old Mother Maria.

The artist, whose career took off after being discovered on a TV Talent Show, at the age of 12, is reportedly worth £15 million. She became the youngest artist ever to reach number 1 on the Classical Charts.

Charlotte Church is about to embark on an extensive tour of the US and Canada supported by Sound of Music stars Julie Andrews and Christopher Plummer.