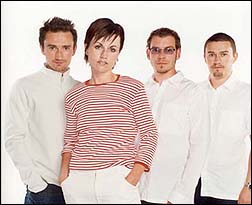 The Cranberries are planning to perform nine shows in Europe this summer including five concerts with The Rolling Stones. "It's a once in a lifetime opportunity to go the distance with Rock's finest troubadours as they take their record-breaking world tour across Europe this year" stated the band's Dolores O'Riordan.

That means open-air stadium shows of 60,000 and more in Germany and Italy for the Cranberries with a few headlining shows in between.

Capping off the series of performances, the band will play a final show in Ireland at Fitzgerald Stadium the Counting Crows in Killarney on June 27.