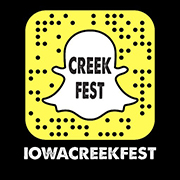 CHEROKEE, Iowa (CelebrityAccess) — The promoter of Creek Fest has filed for chapter 7 bankruptcy due to a lawsuit filed by a company that provided security for the event.

According to ABC affiliate KCAU, Jamin R Enterprise LLC, the company behind Creek Fest, reports liabilities of $1.5 million dollars and assets of less than $50,000 in their bankruptcy filing.

Documents obtained by KCAU say that Jamin R hired On Point Security Group to provide security for the event. Point Security says they still owed more than $115,000 and claim to have never received payment, KCAU said.

Other creditors for the festival include Iowa Department of Revenue, who are owed $47,300 and VT Industries in Holstein Iowa, who claim almost a million in loans to Jamin R.

The country music-focused festival has been staged in Cherokee for the past seven years with a country music infused lineup that has featured artists such as Florida Georgia Line and The Band Perry.

Kurt Rasmus, owner of of Jamin R Enterprises, told KCAU that despite the bankruptcy, the company still hopes to hold a festival in 2017. – Staff Writers