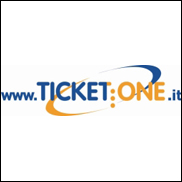 MUNICH, Germany (VIP NEWS) — The German concert promoter and ticket company CTS Eventim has completed its strategic acquisition of TicketOne in Milan, the leader of the Italian ticketing market.


It is part of the Munich-based company's European expansion strategy. Last month CTS Eventim took over the Swiss firm Ticketcorner, and it launched its U.K. operation at the beginning of the year, although questions remain over its relationship with Live Nation following the approval by the U.K. authorities of the U.S. promoter's merger with Ticketmaster.


The German company's European expansion plan was tied to a 10-year deal with Live Nation. But more than two years into that agreement, the Swiss and Italian deals suggest that CTS Eventim does not intend to rely upon the goodwill of Live Nation.


The remaining 49.82% stake in TicketOne was taken over from AMFIN, Milan, an Italian financial investment company. CTS Eventim exercised the purchase option agreed upon in 2007. CTS Eventim now holds 99.65% of the Italian market leader.


The shares in TicketOne were bought for around €20.6 million. When combined with the previously purchased shares, the total price paid by CTS Eventim for almost 100% of the shares amounts to €35.9 million, it was confirmed by CTS Eventim.


Milan-based TicketOne was established in 1998 and is Italy's leading provider of ticketing services. TicketOne also has full ownership of Panischi, which has distribution rights for various Italian promoters, and it has a 60% stake in theater ticket sales company TOST.


"The growth driver, as in Germany, is the migration of conventional ticketing business to the Internet as a more profitable sales channel. Italy is an example of how the company is consistently pursuing its European expansion strategy," said Klaus-Peter Schulenberg, CEO of CTS Eventim, in a statement.


CTS Eventim reported a string growth rate in the first quarter of 2010. It generated €127.8 million in revenue, an increase of 7.5% on the prior year quarter.


In a statement, CTS Eventim said: "In the ticketing segment, international expansion and high-margin Internet ticketing sales were [responsible for] the boost in revenue and earnings figures."


In Q1, the CTS group sold around 3.9 million tickets via the Internet, a year-on-year increase of 21%. –According to Billboard