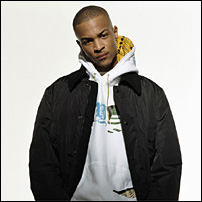 DURHAM NC (CelebrityAccess MediaWire) — The Chronicle (Duke’s Campus Newspaper) reported that Duke University Union, which organizes activities on campus, had a contract with T.I. to play for at least 60 minutes at Duke’s Cameron Rocks! concert. The rapper reportedly only played for 40 minutes.

Although Office of Student Activities and Facilities officials told DUU they gave T.I. the full $70,000 compensation for his performance, DUU officials said Sunday that the headliner violated his contract by walking off stage after a 40-minute performance.

"We said that he had to play for at least 60 minutes," said DUU President Katelyn Donnelly, a junior.

T.I. arrived late and then left abruptly, neglecting the special accommodations he requested in order to attend a dinner at P.F. Chang's China Bistro instead, DUU officials said.

DUU Executive Vice President Lauren Maisel, a sophomore, told the Duke Chronicle “she specifically asked OSAF not to pay T.I. in full for the performance.”

DUU officials said they were unsure about the actual exchange between OSAF and T.I.'s agents and were not present for the transfer of money, but Maisel said she was surprised to discover that OSAF had already compensated the performer.

"As far as OSAF is structured, that was what they were supposed to do," Maisel said. "We are trying to figure out how to get legally reimbursed and what sort of recourse options we have. A lot of explanatory work will go about later this week."

The Chronicle said they were unable to reach members of OSAF and representatives for T.I. for comment Sunday evening.

Duke Student Government President Elliott Wolf, a junior, said the problem was not with DUU student organizers but rather with OSAF officials.

"OSAF people are grossly under qualified for what they do and do not listen to student authority," Wolf said.

After more than 5,300 people attended last year's Cameron Rocks! concert, many members of the sparse audience at this year's event-composed of slightly more than 3,000 people-said they were surprised by T.I.'s abrupt exit.

Booking T.I. managed to draw in students from surrounding states, yet many skipped the opener.

Driving six hours from the University of West Georgia, junior Shaunte Cook was one of the many concertgoers who arrived late to Cameron Indoor Stadium Saturday night.

Cook added that she lost interest in the band after previewing its music on MySpace.

Throughout Clap Your Hands Say Yeah's performance, students were seen covering their ears. Many said the loudest applause the group received came when band members announced they had one song left to go.

"A guy behind me was very upset [and] he started screaming at the band to 'get off the stage,'" Kirby said.

Despite several issues with the artists booked for Cameron Rocks!, Maisel said the event was well organized by DUU.

"From the Union's perspective, the show went off without a hitch," Maisel said. "With the exception of [T.I.] leaving early, we were very happy with how the show worked."