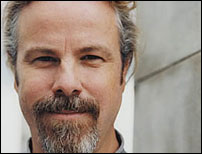 EUFAULA (CelebrityAccess MediaWire) — After 15 years, a troubled amphitheater in the Oklahoma town of Eufaula finally held its first show.

Originally conceived of in the early 1990s to revitalize the small community's economy, the project eventually became an expensive boondoggle that sat vacant for a decade which led to then longtime mayor of Eufaula, Joe Johnson to be imprisoned for 10 years on corruption charges.

Things seem back on track for the shed however, as the site has been sub-leased to local entrepreneur Tom Barlow.

Current Eufaula Mayor Dean Smith told the Muskogee Daily Phoenix that the venue has a bright future. "We’re trying to put at least four shows together on the summer season and just kind of see what happens and he thinks there’s a lot of potential here."

On May 27th, 7,000 fans descended, locust-like, to enjoy the first show to be held at thew newly-opened shed, with performances by Robert Earl Keen, The Red dirt band and Cross Canadian Ragweed. – CelebrityAccess Staff Writers