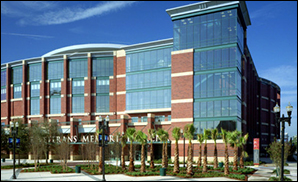 JACKSONVILLE, FL (CelebrityAccess) — An Oct. 12th concert by Florida-Georgia Line at Jacksonville Veterans Memorial Arena turned into a panicked rout after a fire alarm sounded in the middle of the show.

Cellphone video of the incident shows the concert by the country duo come to a screeching halt as a warning klaxon sounds in the crowded arena, accompanied by a recorded voice message stating that an emergency was underway but offering the audience no guidance.

Eventually, order was restored after an announcement was made that a smoke detector had gone off. The concert continued.

SMG, who manage the venue on behalf of Jacksonville, said they are reviewing safety procedures and systems at the arena, including the fire alarm.

In a statement released to CBS, a rep for SMG said:

“The safety of our guests is the number one priority at all times and we pledge that commitment as we continue to review the systems and protocols in the Arena.

"We are thankful for the collaboration of our public safety partners and personnel who did their best to work in unison to provide the appropriate response to an otherwise frightening experience for many."

“We appreciate the patience and understanding of all guests and thank our friends at Live Nation and the entire Florida-Georgia Line production for their response and for delivering Jacksonville another night of amazing entertainment.”