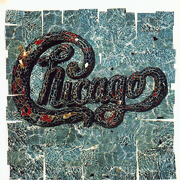 James Willliam Guerico, the former manager and early producer of Chicago from 1967-78, has sued the horn-rock group for breach of fiduciary duty, fraud and other charges in Los Angeles Superior Court June 29. He claims that he has been deprived of royalties by the underreporting of amounts owed to him since they parted company.

Guercio's suit also names the band's current management team as being "the primary orchestrators of the fraudulent scheme," as well as the group's record label, Chicago Records. Guercio says the actions of the band and its management has been "fraudulent, willful, malicious and oppressive."

Guercio is asking for monies back to 1978 when he signed an agreement terminating his relationship with Chicago that also guaranteed he would receive all monies owed and a fair accounting in the future. Guercio is also seeking general and special damages of at least $5 million punitive damages, interest on all monies awarded, a full accounting of all deals and transactions since at least 1995, attorney's fees and any other relief deemed valid by the court.