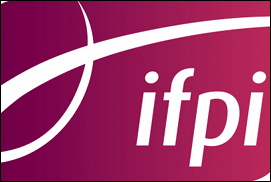 The United States and Japan remain the No. 1 and No. 2 international music markets respectively, say IFPI, who published its annual "Recording Industry in Numbers" report last week.

IFPI identified "resilience in the physical sector" as a key reason why Germany has climbed the world rankings. Physical sales accounted for 81% of recorded music sales in Germany last year, totaling $1.14 billion. In contrast, physical sales in the U.K. dropped from $1.14 billion in 2009 to $920m.

Unlike the U.K. retail market, which has been decimated by the loss of several high street entertainment merchants in recent years, Germany retains a relatively stable retail landscape. IFPI also identifies lower rates of online piracy, higher retail prices for chart albums and strong sales of deluxe or special edition products as contributing factors to a strong German music market.

New figures released by the Entertainment Retailers Association (ERA) further underscored the declining market for traditional formats in the U.K. Despite the number of British retailers selling music and video in 2010 being at its highest level for five years — boosted by an increase in non-traditional outlets such as supermarkets, petrol stations and clothing retailers — the value of physical album sales dropped by £146.8m ($23.5 million) last year, according to the ERA. The average price of a CD album also declined by 2.6% year-on-year to £8.19 ($13.13).

When it comes to per capita consumption of recorded music, however, "the U.K. still massively outguns Germany," says Adam Liversage, director of communications at labels trade body the BPI. Liversage identifies Britain's maturing digital market as a positive indicator for the future, the importance of which will only grow as demand for physical continues to fall. Digital sales accounted for 25% and $347m of trade revenue in the U.K. in 2010, according to IFPI.

Liversage also points to the international success of British artists such as Adele as one area where the U.K. continues to outperform its European neighbours. Fran Nevrkla, chairman and CEO of U.K. music licensing organization PPL similarly cites the strong performance of home grown artists in overseas markets as a key contributor to the U.K.'s continued reign as the world market leader in performance rights.

"The excellence and quality of U.K. music has enabled PPL's international revenues to grow at a very rapid rate and, indeed, last year at nearly 50%," says Nevrkla. Earlier this year, PPL reported collecting £32m ($51.6 million) in international royalties in 2010, up from £21.6 million in 2009 (about $34 million). PPL attributed over 20% of company turnover to royalties collected from overseas markets.

IFPI reported that the U.K. generated $111 million in total performance rights revenue in 2010, representing 8% of recorded music sales by sector. That was despite a £18.1m ($29 million) deduction, which was refunded to the hospitality sector following a 2009 U.K. Copyright Tribunal ( Billboard.biz, Oct. 22, 2009).

"What is important for the industry moving forward is to enhance the value of music and the value of rights," Nevrkla went on to say, echoing the IFPI's trenchant anti-piracy stance. Representatives of all four major labels declined to comment to this story or did not return requests to do so.

"Competing against an illegal 'for free' model, as the industry has had to do over the last two decades, has resulted in substantial damage caused to the general public's perception of the real value of music," continued Nevrkla.

"Therefore it's not simply a question of licensing revenues 'making up' declining sales revenues. It's about the recorded music industry adapting to change and being able to monetize fairly all the revenue streams that come from the investment in, and creation of, recorded music."