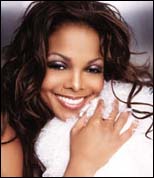 In the wake of last month's terrorist attacks in the United States, Janet Jackson has pulled her entire European tour.

After considering government warnings to international travelers, Jackson said that the risk to her large group of tour personnel is, "too great to proceed comfortably. I have agonized over this decision. Like most people the events of Sept. 11 have troubled me enormously and I remain concerned about the foreseeable future. If anything happened to anyone on this tour, I could never forgive myself."

Currently touring the U.S., Jackson's European tour was set to start Oct. 31 in Stockholm, Sweden and wind down Dec. 14 in Birmingham, England.