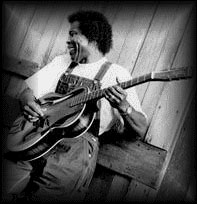 In years past, musical friends including Mick Jagger, Eric Clapton, and Stevie Ray Vaughn have joined Guy on stage. The special guests are always a surprise, and this year is no different in that respect. What is different is that for the first time ever, Buddy Guy’s annual Legends residency will be recorded in its entirety and made available for sale.

Under the leadership of entertainment industry and business veterans Keith Walner and David Turner, Pirate Entertainment will use state-of-the-art, mobile recording technology to capture every show, then offer them for sale
to the audience immediately following each performance. Every CD in the series is a limited edition release and will also be available on-line at www.piratebootlegs.com, while supplies last. –Jane Cohen and Bob Grossweiner

"Sprint has a long line of industry firsts within mobile music: real-time streaming, voice ringers and music tones. The addition of "A" list artists from Universal Music Group to our existing line up of Sony Music Group artists further enables Sprint to bring the latest in music to our customers," said Jeff Hallock, vice president of consumer product marketing for Sprint. "Personalization is very important to our customers and with Sprint's extensive list of ringers, callers instantly recognize their phone – or even the caller – just by hearing the ring."

A sample of the latest Music Tones titles from Universal Music Group includes:

— Crawling in the Dark by Hoobastank

— Send Your Love by Sting

PCS Vision(SM) customers can purchase Music Tones and other ringers directly on their phones or through www.sprintpcs.com . On a PCS Vision Phone, customers simply select Menu/ Downloads/ Ringers and Get New. From there, customers can browse the more than one thousand titles offered by Sprint.

Sprint had 2.7 million PCS Vision customers through the end of 3rd quarter and leads the industry in adoption of advanced wireless data services. PCS Vision from Sprint includes services that allow customers to take and receive pictures from select PCS Phones; browse the Internet at speeds faster than most dial-up connections; check personal and corporate e-mail; watch clips and stream audio for news and music; download polyphonic, animated and voice ringers, and full-color, graphically-rich games and screen savers, all on the enhanced Sprint Nationwide PCS Network. Bob Grossweiner and Jane Cohen

(CelebrityAccess News Service) – Sony Corporation of America plans to launch its new Connect online music service in the United States. The Connect service will offer consumers an easy-to-use, affordable and secure means of purchasing music online and downloading it to a wide variety of Sony portable devices including Net MD Walkman recorders, Hi-MD Walkman recorders, ATRAC CD Walkman players, and Network Walkman players. With more than two and a half million Walkman branded devices compatible with the service already in use in the U.S. market, Sony is well-positioned to meet the needs of a broad range of consumers.

SCA has established a new subsidiary, Sony Connect Inc., to develop and manage its Connect music service. Sony Connect Inc. will work closely with all of Sony's U.S. operating companies and will be based in Santa Monica, CA. Jay Samit, general manager, Sony Connect Inc., will manage day-to-day operations of the Connect service under the SCA umbrella.

"Digital music distribution is still in the early stages of development," said Samit. "Because of Sony's strong brand, terrific hardware, and experience with content creation through its entertainment businesses, we are in the unique position to offer consumers an easy-to-use, affordable service that is compatible with the broadest number of devices. As Sony is already the clear leader in the portable audio market, the goal of the Connect service is to empower music lovers to enjoy music in more ways than ever before."

The new Connect service will come to market in phases. After a series of test trials for a limited number of users, it will officially launch in the spring of 2004. Upgraded software with more flexibility, features and tighter integration with Sony products will be released in the summer of 2004. Thereafter, Sony Connect plans to upgrade the service and the software continually for use with additional Sony products, as well as devices from other manufacturers.

Gospel Music Sales Rebound In Second Half Of 2003

(CelebrityAccess News Service) – "Gospel music sales rebounded in the second half of 2003 giving the industry reason to be optimistic for 2004," said John W. Styll, president of the Gospel Music Association (GMA).

According to Nielsen SoundScan, sales of gospel music ended the year down 5.2 percent, cutting in half a mid-year 10.4 percent decline. 47.1 million albums were sold in 2003 compared to 49.6 million in 2002. The total does not include sales of singles and digital single downloads.

"With the overall economy showing very positive signs of growth, and with the tide slowly reversing on the piracy issue, we have every reason to be confident going into the New Year," said Styll. "There are still challenges ahead, but the outlook is brighter, and more importantly, we know that gospel music is having a strong impact in every segment of our society."

In the weeks between Thanksgiving and Christmas, sales of gospel music grew four percent. The last week of the year saw a 20 percent increase over the last week of the year in 2002. Pop gospel was the style of music that sold the most records with 19.4 percent of sales, followed closely by Black gospel with 17.9 percent, rock with 14.9 percent and praise &worship with 11.1 percent.

The top ten best-selling gospel albums of 2003 were:

1. Worship Together: I Could Sing of Your Love Forever/Various
(Sparrow/WorshipTogether)

"The second half of the year was historic in terms of crossover success. In the past, gospel music has gained general market prominence in one-shot situations, like God's Property's 'Stomp' and Bob Carlisle's 'Butterfly Kisses.' This year, we've had several artists, each with unique music styles, penetrate the mainstream in a significant way," said Styll.

The gospel music industry does not yet chart digital single downloads, but Nielsen SoundScan reports that 19.2 million digital tracks (of all genres) have been sold since June 29, the day the Recording Industry Association of America announced it would file lawsuits in an effort to deter illegal downloading. Most of the major gospel labels are providing their music to iTunes, Napster 2.0, buymusic.com and others. Additionally, LifeWay Christian Stores recently announced it would launch the first online resource offering gospel music downloads exclusively at www.lifewaystores.com . Others are expected to follow.

"Illegal downloading no doubt affected our sales in the past few years and will continue to have an impact, but the RIAA and others have successfully raised awareness that downloading music for free is illegal and that there are a growing number of alternatives. As an industry, we plan to make this problem a priority for 2004, addressing the issues that are unique to our genre," said Styll.

Founded in 1964, the 4,500-member Gospel Music Association ( www.gospelmusic.org ) is dedicated to exposing, promoting and celebrating the gospel through music. The GMA represents all styles of gospel music including contemporary pop, rock, urban &black gospel, praise &worship, Southern gospel, country and children's gospel music. The GMA produces the Dove Awards, which recognizes achievement in all genres of gospel music, and will be held on April 28 in Nashville. –Jane Cohen and Bob Grossweiner