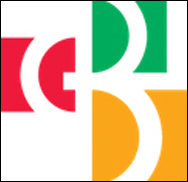 TALLINN, Estonia (CelebrityAccess MediaWire) — Live Nation is on the move in Eastern Europe with the acquisition of a majority stake in the largest concert promoter in the Baltic region, BDG Music Group.

BDG Music Group will retain its current management team, though it will adopt the name Live Nation Baltics, however the full terms of the deal were not disclosed. Since late 2011, BDG Music Group has staged 50 shows in the region, including performances by Sting, Lady Gaga, Megadeth, Robbie Williams, and Eric Clapton; selling more than 200,000 tickets.

This year Live Nation Baltics is on the bill for major concerts featuring Robbie Williams and Depeche Mode, among others.

The acquisition comes close on the heels of the news that Live Nation settling a dispute through arbitration with German ticketing firm CTS Eventim AG with the arbiter ruling that Live Nation had no outstanding liability to Eventim. Live Nation has been in a period of rapid expansion, securing partnerships and controlling interests in promoters in a number of key markets in recent years, including Russia, Croatia, Sweden, Singapore, Hong Kong and South Korea.

Michael Rapino, President and Chief Executive Officer of Live Nation Entertainment, said: "With this acquisition we now have operations in 43 countries. This further demonstrates our ongoing commitment to expanding our global footprint, which enables us to bring live entertainment to even more fans around the world."

Peeter Rebane, one of the founders of BDG Music, said: "BDG has more than 18 years' experience in the business of creating unique shows and events for the public and providing superior entertainment-related services. Being part of the world's leading entertainment company will create even better opportunities for local music fans to see world class concerts in future." – CelebrityAccess Staff Writers