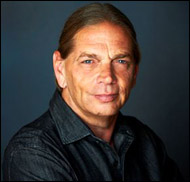 "Riley O'Connor has been a renowned figure in the concert industry for close to 40 years," said Neill Dixon, President of Canadian Music Week. "He is one of those rare individuals who has literally worked from the ground up, never losing his integrity or ethic along the way. It is only natural that we recognize and honour his remarkable legacy and achievements with this induction into the Canadian Music Industry Hall of Fame."

As chairman of Live Nation Canada, Riley O'Connor has steered the company to strong role in Canada's live entertainment industry, generating approximately $180 million in annual sales for the company and producing more than 1100 concerts annually for Canadian and international artists. A strong advocate of domestic talent and development – complemented by his hands-on approach – he has emerged as a formidable force in Canadian music and an integral part of the pioneering spirit of touring live music in Canada.

Conner has been active in the business since 1971, working as a promoter in Canada, the U.S. and Europe before moving into talent buying. He's brought leading artists to Canada, including has brought some of the biggest names and concerts to Canada including; Elton John, AC/DC, Bruce Springsteen, Backstreet Boys, Def Leppard, Rod Stewart, Eric Clapton, Billy Joel, KISS and The Tragically Hip among others.

Tickets for the Canadian Music Week Awards show are on sale now, through the organization's website: www.cmw.net. – CelebrityAccess Staff Writers