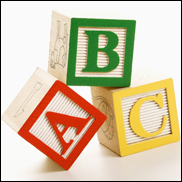 1. It doesn't matter what kind of music you make.

You build your own audience. There's an established niche for every genre. From folk to metal. Don't worry about playing to everybody, just play to somebody.


The last thirty years, the MTV era, has been about giving people what they want, which is just like what they're already consuming. Major labels and major media, most especially radio, had control of a narrow sieve and if you didn't fit, you couldn't play. That is not true today. Those powers mean ever less. You can reach your audience easily online. You've just got to start.

This is about practice. We're in a music era, not a marketing era. Ignore those who tweet and Facebook their goings-on instead of focusing on the music. It'd be like Steve Jobs selling Dell. It wouldn't blow up overnight. Even better, Ferrari selling Smart cars. A great marketer is nothing without a great product, focus on the product.

Play for three or four hours a day. Take lessons. Play in your garage before you play in public.

3. Learn how to use Pro Tools/Logic.

You record yourself before pros want to work with you, before you can afford them. Technology is part of the music-making process. Knowing how to lay down the sound improves the end product. And once you know how the stuff works, you can tell professionals what you want in their terms, playing on their level. There's no excuse for walking into a studio and being abused by pros who say they know better.

4. Fans are your best friends.

This is the essence of pay to play. Instead of bitching that the club owner won't let you play unless you bring fans, bring those fans and generate so much cash that the booker will be dying to have you back. It's your responsibility to make it, not someone else's. The days of limited exposure that pay dividends are over. If you play a gig without bringing your own fans there'll be no one there, or those who are just don't care.

Your friends are your street team. Don't enable them until your music is ready, until they can turn someone on without losing credibility. You build from those you know, not those you don't.

6. Play live as much as you can without losing money.

If people aren't coming, stop playing out live and retool your act. Once they're showing up, spread to new markets, trade gigs with those successful in other territories. Other bands are not your competition, but your friends.

7. Have something to sell at gigs.

People want to support you, they want souvenirs. They buy CDs and vinyl not to play, but to embody their belief in you, to evidence their identity. If you're small, have only a few items for sale, otherwise people are turned off. Every time you tour a market again, have a new item for sale, a new patch, a new sticker. Don't think so much about making money as enabling fans to spread the word.

8. Social networking is for fans.

Twitter and Facebook are irrelevant until you get traction. They're rallying points for those who already believe. Once you've got fans, feed them information about gigs and goings-on. Once you've got a plethora of true believers, tweet and post about your inner life. No one cares until you approach stardom.

No chart can define stardom. Don't compare your career with others. Don't lose your path. The first goal is giving up your day job. Your second goal is earning enough money to buy a house. Your third goal is being able to take enough time off to be creative, to rekindle your muse.

You need 'em once you've got traction. Quality is key. And quality must improve as your career grows. New fans at the advent will overlook your failings. But once you gain a name your music must be more polished and be able to close those who barely care, who are only doing a drive-by. If your music isn't good enough at any point in the ascent, stop playing live and go back to practicing and writing.

Ironically, albums are most important when you're starting out. Maybe it's just an EP, four songs, but people want something they can bite into, can familiarize themselves with. Sure, start with one track, but then you've got nothing to sell at the gig. A great MP3 posted online, for free, so it can be traded, can rocket you into the stratosphere almost immediately, if it's that good. But that's a huge if. If your music is truly that great, and most isn't, make that your calling card, maybe you don't even have to play live at first, like Toronto's Weeknd. But most people don't emerge fully-formed, you've got to build more slowly, more gradually. Chances are you don't even know where you're going at first, you've got to find your way.

The music stokes the fire of the enterprise. It's the kindling, not the log. You're nothing without the music, which is why you should constantly satiate fans with new stuff. That keeps your touring numbers up, that allows you to sell merch. Taking a year or two off to record an album causes you to lose momentum. Sure, it might deliver a payday, but that paradigm is fading with the death of physical product and the replacement of MP3s with streaming.

Your fans will post clips. Imperfections work for you. Amateurishness is in your favor. Same with traded live shows. This is fan business, which you must enable. Allow photos, recording and videotaping. This is your marketing. And don't deliver authorized live shows, whether video or audio, until you have haters. That's when you know you've truly made it, when you have vocal haters. These haters can be pointed to the high quality live stuff to be proven wrong. They won't admit it, but it seeps in, it helps, like those clips of Lady Gaga alone at the piano.

14. Don't sell out to anyone unless you're in it for the short haul.

1.
Major labels are about feeding a fading Top Forty market and those working there when you sign will be different from those employed even a year or two down the line. You don't want to be beholden to anyone, because only you know the music and you must forge your own path.

We're entering a new era where music is not only omnipresent, it once again trumps film and TV. But the responsibility is upon you, the younger generation. You've got to build it in order for them to come. You must put music ahead of money. You must respect everyone in the food chain. You must not rip anybody off.

People need things to believe in. The barrier to entry in music is minimal, providing rampant opportunities. You can deliver for them.

Forget everything you know prior to this date. About radio, labels and arena tours. That system was built for a different era. Labels were constructed for an era when there was limited distribution and recording was expensive. Now anybody can distribute and recording is cheap. Radio was the only way to hear the music. Now the music can be heard everywhere, it's free for the taking on Spotify and YouTube. TV is where you go to meet the old guard playing by the old rules. MTV barely plays any music and the networks just air what is mainstream. The mainstream has been blown apart. There will be icons in the future, but the audience will come to the musicians, not vice versa. You won't compromise, you won't give people what they want, you'll be unique and people will be drawn to you.

Michael Phelps swam unknown in pools for over a decade before he became an overnight Olympic sensation. That's how it's gonna work in music. You're gonna be paying your dues, unheralded, until finally you break through. You're gonna be nobody, then somebody. Forget Justin Bieber, forget Greyson Chance, that isn't music, that's commerce. No different from selling hula-hoops, Furbys and pet rocks. Here today and gone tomorrow. Build to last, go for the long haul, have substance. Naysayers might state that they hate your music, but they'll begrudgingly admit you can PLAY!