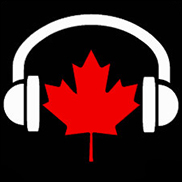 (Hypebot) – Obtaining the necessary visas for touring in the US has long been a frustrating and arduous procedure for Canadian musicians, but the newly proposed BEATS legislation would expedite this process, as well as give artists more freedom with how they conduct themselves once across the border.


Guest Post by Nicole Daley on the Future Of Music Coalition


Canadian musicians have long expressed their frustration with the process of obtaining visas to cross the border and legally tour in the United States. But that may soon change, thanks to the introduction of new bipartisan legislation intended to streamline the process.


The proposed “Bringing Entertainment Artists to the States” (BEATS) Act, introduced by representatives Dave Trott (R-MI), Chris Collins (D-NY) and Peter Welch (D-VT) would speed up the process of obtaining a P-2 visa for Canadian musicians. Right now, a touring musician typically must acquire a petition from a United States organization to obtain a visa. The petitioner is usually a venue, presenting organization, booking agent, management company, etc. and the petition includes a list of dates and venues of performances. These petitions are processed in advance by mail, and can involve unexpected delays.


But under the BEATS act, musicians would be able to file an application for admission into the United States with an immigration officer at any Class A port of entry located on the border of the United States and Canada, or at any pre-clearance station at a Canadian airport, right on their way into the US. They’d just need to have the paperwork with the signature of the petitioner and the appropriate supporting documentation ready.


Another major aspect of the proposed amendment is that after admission to the United States, a Canadian performer could alter the dates and venues of performances listed in the original petition. The only stipulation is that the additional performances or engagements cannot be more than one third of the performances or engagements listed on the original petition. For example, if a Canadian group sells out one show and decides after the visa application has already been submitted and accepted they would like to add additional shows, they don’t have to go through the application process again. It creates a degree of flexibility that better reflects the reality of how touring works for independent artists, where events are often put together on short notice in response to opportunity and demand.


The benefits of this proposed change will include local economies. When musicians tour, their fans generate economic activity, and contribute to many small businesses in the area. Local restaurants and bars, local transit, vendors and the venue will receive additional revenue because of this cultural activity. As representative Peter Welch explained,

“Vermont and Canada share much more than a border. Our economies are interwoven and our citizens share a deep appreciation of the arts and culture on both sides of the border. When Canadian artists book performances in Vermont, they provide diverse entertainment for Vermonters as well as a boost to the local economy."


The BEATS Act mirrors the positive step Canada took toward increased cultural exchange when they dropped expensive new work permit regulations for non-Canadian bands. These fees made it difficult for independent artists to perform in Canada and as a result hurt many smaller music venues that attracted musicians without the backing of major labels. By dropping the work permit fee for touring musicians and creating an exemption from the venue fees for smaller clubs and bars, the Canadian government made the Canadian music market more accessible to American artists. If the BEATS Act is passed it would be a reciprocal step towards a good neighbor policy and allow Canadian artists more access to the American music market while boosting the bordering U.S. economy.


The BEATS Act also enjoys the support of the American Federation of Musicians, The Recording Academy, and the American Association of Independent Music (A2IM). According to A2IM CEO Richard Burgess “It’s an issue of special importance to independent record labels, many of which are small businesses that depend on a predictable and reasonable visa approval timeline. The BEATS Act is a bipartisan, common sense proposal that will create jobs in the American music industry.”


Recognizing the importance of creating a more efficient system for cultural exchange through music will have a positive impact on the economies on both sides of the U.S.-Canadian border as well as increased appreciation and exposure to the arts. But perhaps there’s more that we could be learning from the Canadian Government. The recently unveiled budget from Canada’s ruling Liberal party includes nearly $1.9 billion in additional cultural funding, including money for music and other art disciplines. Prime Minister Justin Trudeau stated “Investing in the Canadian cultural sector helps to create jobs, strengthens the economy and ensures that the unique Canadian perspective is shared with the world.” One benefit to the music community as a result of the Canadian arts budget is the creation of a program similar to the past Trade Routes program, which supported the promotion of Canadian artists abroad by providing grants for tours and funding embassy activities to introduce Canadian artists to the world.


For United States arts advocates, it’s hard not to be a little envious, as while we’ve fought hard to win modest budget increases for the National Endowment for the Arts’ recent budgets, these funding levels have been roughly on par with Canada’s Council of the Arts, despite Canada having only a tenth of the US population. Now that the line item for the Canadian Council of the Arts will actually be doubled by 2020, the per capita arts funding disparity is even more embarrassing. Let’s hope that our nation’s leaders follow the example of our northern neighbors in this way as well.