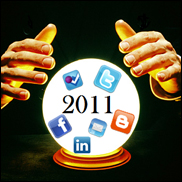 
If you spoke to the press, he fired you. That was Jerry Perenchio's creed. Don't know him? Do a little research. The entertainment business is full of those seeking self-aggrandizement, believing that fame will make their lives work. But if it's money you're after, shut up.


And finally, Live Nation shut up.


And when Live Nation shut up, the press went elsewhere.


After all, how sexy a story is music? When Steve Jobs is inventing new gadgets and suing powerhouse industrial companies.

I'm still scratching my head regarding Live Nation's turnaround, I see no evidence that can account for such a swing, but if we believe the numbers as stated, forgetting that Enron was built upon an edifice of air and untruths, we can now see that although the fear that the Ticketmaster/Live Nation merger would establish an unbeatable dominance were unfounded, there's plenty of competition, only Live Nation is positioning itself for the future.

I'm speaking, of course, of the Ticketmaster side of the operation.

Forget that the public doesn't understand the business, is in the dark regarding fees, unable to see the acts as culprits, Ticketmaster is a fount of development, of inspiration. Unlike the rest of the music business, Ticketmaster is operating in the twenty first century. The Internet era. Where data is king.

I.e. the acquisition of Big Champagne.

Ticketmaster is being run by a new generation, people in their thirties as opposed to the old fat cats running the labels. The labels could be moving into the future too, but that would require investment, that would require sacrifice… The labels still believe there's nothing a hit record can't solve. This is like believing land forces will triumph in an era of drones.

The touring side of Live Nation is more complicated. It was late to electronic music and the European market is shakier than it's been in years.

Used to be the labels developed the acts and the promoters toured them. Now development is up in the air. This is hurting all concert promoters. This is the next big question. Who will develop the future acts?

Right now, it's the acts themselves. Which leaves an enormous gap ready to be filled by an entrepreneur, a rollup of all those with a smidgen of traction.

It appears Coran Capshaw is trying to do so, but Red Light is a ragtag operation with little coherence. It would look different if Sean Parker ran it. A Sean Parker of the music business is imminent, just you wait.

Their power is fading every day. Their little internecine wars fighting over Big Machine and other talent would have you believe it's still the twentieth century when it's positively the twenty first. They operate like they control the landscape when they really live in a castle surrounded by endless chaos.

The major labels did not prepare themselves for the future. As a result, they will be marginalized. Do not buy their disinformation campaign. At best, the labels are IBM, a leader in the past that creates a new niche to survive. But IBM is no longer dominant, nor are the labels.

It's what you don't know that'll kill you. Doug Morris led the charge in an era of radio promotion. He found regional acts and blew them up. Now everybody can find those acts and radio is less powerful than ever. If it's not Top Forty, it barely sells records. And hiring L.A. Reid is equivalent to investing in Philip Falcone. An overspender driving straight towards the cliff, ignoring all indicators to the contrary.

As for Steve Barnett… What he does best is survive. But it's the label that's in trouble.

How long until Jimmy Iovine jumps ship? That's when we'll know the label era is over. There's just not enough money in music. Jimmy knows this. When will he move permanently to HTC or Chrysler or somewhere else he can have real impact?

As for Monte… He learned from Doug, and that's a past paradigm.

Lucian Grainge should kick himself upstairs and hand the reigns to Scott Borchetta. No one develops and promotes talent like Scott. He's a force of nature of a younger generation. And he's not only interested in country music.

We still haven't discovered what Livia Tortella is up to, the west coast label is still under development. Atlantic is humming, but it just lost Mike Caren and…

What is the game plan here?

Warner is a good boutique, but in the modern world, boutiques are marginalized, they're killed by Amazon. Now if Warner could be sold to a strategic partner, who could leverage the relationship, a company in tech as opposed to entertainment…

The story is whether the electronic music promoters will sell out to the big boys.

There's plenty of money to be made in concerts.

AEG will continue to skim the cream.

The independents will continue to rail against the big boys.

Meanwhile, the public is overcharged and disincentivized to go.

The concert business has to grow up.

As for Fred Rosen's ticketing enterprise, Michael Jordan couldn't come back and neither can Fred. It'll work, it just won't change the landscape, and he who changes, who innovates, wins.

It won. The only question is how long it lasts. Could be only a summer. But this coming year will be an explosion of gigs.

Kids go for the experience. They tend not to listen at home as much.

But one thing's for sure, the electronic music scene is going to put a huge dent in the big lip-synch to hard drive and dance productions that have been the lifeblood of the touring business.

Fake is dying. It won't go extinct, but will be marginalized, just like the hair bands in the wake of grunge.

Too expensive to make and promote. Returns are limited. It's a dying business. Continuing to invest in it is what's killing the major labels. If they'd invest in career musicians who would pay dividends for decades, they might have a chance at surviving. But the labels won't, because they're not in it for the long haul. And most acts don't want to sign.

It's already won, you just don't know yet. Bell Canada stopped throttling P2P traffic because it's diminished, replaced by streaming. Record sales peaked during Napster. The fact that you can still sell product today, whether it be CDs or MP3s, does not mean you will be able to tomorrow. These sales will fall of a cliff, it's just a matter of when. Expect in two to three years to see a great decline.

As for the streaming winner… There will only be one. Right now it appears to be Spotify. There's only one Facebook, only one Amazon…there will be only one streaming service, where all your friends are.

It's a fad. The mainstream press just doesn't get it yet. It's akin to the hula-hoop, the pet rock, AOL, MySpace and Yahoo. There's no there there. It's just a compendium of information punched in by the users. And the day they tire of documenting their lives, it's over.

We're never going to return to an era where we lose touch with people. Everybody's gonna know what everybody's doing. But this rampant fascination will evaporate the same way you stopped sending jokes via e-mail.

Use Facebook to sell TODAY! As for tomorrow, don't invest long term.

A site that allows you to stay connected with others will exist in the future. But it probably won't be Facebook and it won't look like Facebook. And it won't be created by Google, Google has become the new Microsoft, imitating others badly.

A complete dud. Like that cheap car in India that's not selling, people are willing to pony up for that which is good. The Kindle Fire is underpowered and usability sucks. And the number one legacy of Steve Jobs is usability.

Invest in the iPad. Ignore the Kindle Fire. It's the Coleco of tablets.

Don't try to solve a problem no one has. Google was good enough. Microsoft has invested billions to gain very little traction. Meanwhile, search has moved to the hand-held, an area where Microsoft is unprepared.

The locals will die. The past week's tribulations at the "New York Times" indicate it's going to fight for all the marbles to win as the dominant news outlet in the future. Pay attention. "The Wall Street Journal" doesn't get this. Murdoch is still about newspapers, whereas now it's about information. There might only be one national winner in this game just like with Amazon and Google and iTunes. Right now, the "Times" has resources, foreign bureaus that not even TV possesses. The "Times" has to double-down and decide to own all news. It can. But execution is key. It's less about reporters than vision. Can the Gray Lady do it?

Dead. The new portable CD player. You're embarrassed to own one.

The misreading of the public will be D.C.'s downfall. The Tea Party and the Progressives have one thing in common, they think what's going on in Washington stinks. American Airlines has cash but declares bankruptcy yet the system wants people to continue to pay the mortgage on homes underwater. South Korea did not know Kim Jong-il was dead. No one knew that Russians had a huge problem with Putin. It's no different in America. Information is king, and the public has it. He who speaks to all the people, who recognizes societal changes and leads, will triumph.

In a country of chaos, he who operates by rules wins. That's why sports are so appealing right now. They make sense when nothing else does.

The last bastion of outsiders. If you're not willing to risk everything, to do it the way no one else wants you to, you're irrelevant. You're part of the me-too world giving the public what it thinks it wants. In an era of chaos, he who makes sense wins. Stop lying to yourself and others, be who you really are.

It's not the sixties anymore. We're not all in it together. People believe in the American Dream like religion, as a way to get by, but both are elusive constructs with little in the real world to prove their veracity. But our country is depressed, emotionally, and this affects all industries. People won't spend if they don't believe in a better tomorrow.

It's what we're all seeking. Ironically, those trumpeting it most define it an obtuse way, one in which they've got freedom to rape and pillage and be ignorant of facts yet get to invade your body and home.

Rock stars were all about freedom. That was their appeal.