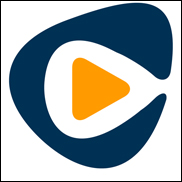 SEATTLE (Hypebot) – Rhapsody was one of the first streaming music services. For now, its been eclipsed by Spotify, Apple Music and Deezer. But by sticking to "paid only," a model Apple also adopted, they forged a path that other music streamers may someday be forced to follow.

Rhapsody and its sister brand Napster have passed the 3 million paid subscriber mark, the music streamer announced today. That's a 50% jump in less than a year, according to the company, and the fastest growth period in their 13-year history.

Mobile listening is up 60% from this time last year.

Piracy markets are evolving: "We’ve had tremendous success in countries where the level of piracy has traditionally been high. We’ve added 100,000 new customers in Italy, which has been a hotbed for piracy. And Colombia and Brazil are our fastest growing markets, where poor internet connectivity is a key factor behind elevated music piracy rates."

The Twittersphere is hungry for music: I"n March, we became the first music service to bring fully-licensed music to Twitter with Audio Cards."

Members are data smart: "As we’ve watched our members increasingly go mobile, we know that there’s a potential impact on your data usage. To make sure you can stay data smart, we made the offline button more visible and you’ve noticed. Offline listening surged by almost 40 percent over the last six months."

Music Inbox: "This summer, we introduced a weekly music concierge to match your listening history and favorite artists with new music each week. To date we have delivered over one million personalized music recommendations directly to Rhapsody subscribers."