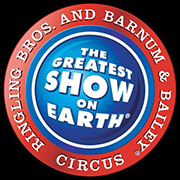 NEW YORK (CelebrityAccess) — After more than 130 years of operation, Feld Entertainment announced that 2017 would the last for the famed Ringling Bros. and Barnum & Bailey Circus.

In a message posted to the circus's website, Feld Entertainment CEO and Chairman Kenneth Feld said:

"After much evaluation and deliberation, my family and I have made the difficult business decision that Ringling Bros. and Barnum & Bailey will hold its final performances in May of this year. Ringling Bros. ticket sales have been declining, but following the transition of the elephants off the road, we saw an even more dramatic drop. This, coupled with high operating costs, made the circus an unsustainable business for the company."

Before the circus wraps up for the last time in May, they will be playing at least 30 shows across the U.S.

The circus has faced declining ticket sales as well as growing criticsm from animal rights groups who have picketed circus events over what they see as mistreatment of animals by the touring shows.

"It's just not acceptable any longer to cart wild animals from city to city and have them perform silly yet coercive stunts,"Humane Society of the United States President and CEO Wayne Pacelle said in a statement Sunday. "I know this is bittersweet for the Feld family, but I applaud their decision to move away from an institution grounded on inherently inhumane wild animal acts," Pacelle said. – Staff Writers