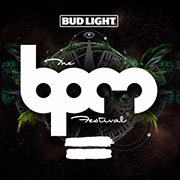 PLAYA DEL CARMEN, Mexico (CelebrityAccess) — At least five people were killed and 15 wounded in a shooting during the closing hours of the BPM electronic music festival at the Mexican coastal resort of Playa del Carmen early Monday, police said.

According to the Associated Press, Mexican authorities do not believe the incident was related to terrorism and instead resulted from a dispute at the Blue Parrot nightclub. Del Angel said that gunfire appeared to have erupted after festival security moved to try to contain the dispute, the Associated Press reported.

Miguel Angel Pech, the attorney general of Quintana Roo, said four of the dead — two Canadians, an Italian and a Colombian – appear to have been part of the festival's security team. Pech told the AP that police have recovered more than 20 bullet casings from three different weapons at the scene.

Five of the injured, including two U.S. citizens, were treated and released from local hospitals, AP reported.

"We are overcome with grief over this senseless act of violence and we are cooperating fully with local law enforcement and government officials as they continue their investigation," Organizers for the BPM festival said in a statement posted on their website. – Staff Writers