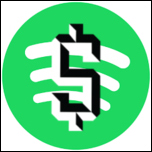 (Hypebot) – Burning cash, getting ready for battle or both? Just 6 months ago, Spotify completed a $526 million funding round; and now the music streamer is reportedly meeting with bankers and investors in search of $500 million in convertible debt.


Spotify is preparing to meet with bankers and investors to raise an additional $500 million, according to documents obtained by Swedish newspaper Svenska Dagbladet. The funds would be packaged as convertible notes that would become stock discounted by 17.5% if Spotify successfully completes an IPO. In the interim, Spotify would pay 4% interest, or $20 million per year.


If the deal is completed as expected, Spotify will have raised $1 billion in less than 12 months and more than $1.5 billion since launch.


The documents also reveal Spotify's plan to go public within a year. If the company fails to complete an IPO within 12 months, interest on the $500 million jumps to 2.5% every 6 months. The report also shows that Spotify believes that it currently controls 45% of the global streaming market. Multiple sources point to Spotify nearing 100 million paid and free users worldwide.


Since Spotify isn't commenting, it is hard to know if the $500 million signals a deeply unprofitable business model, smart cash acquisition to bankroll the battle ahead or maybe a bit of both.