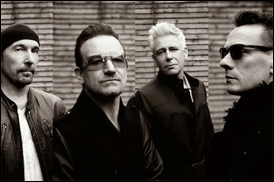 LOS ANGELES (Hypebot) – We’re almost to the end of the year and it’s always instructive to take a look back at the biggest stories that occurred in the music business. The ones that happened in the first two quarters seem so far away now, but that doesn’t mean they were any less important to the overall evolution of the business. I’m going to provide an arbitrary ranking of the top 10 stories from most to least important, but the order can easily change depending upon your outlook or station in the industry, or the current news that’s trending today. Here we go:


1. Apple purchases Beats Electronics and Beats Music. As I said at the time, I think this was more about acquiring the talent (meaning Jimmy Iovine and Ian Rogers) than the company, infrastructure or products, but time will tell. Not much has happened since the purchase in May, but look to 2015 to see how both Beats Electronics and Beats Music are implemented into the Apple ecosystem.


2. Streaming is way up and downloads are way down. Although there’s still a pretty healthy business in CDs and downloads in terms of total revenue, it’s dropping off rapidly as streaming has finally breached the threshold of consciousness for most music consumers. Look for this trend to continue to gather steam in 2015, with the next big battle being between streaming platforms rather than the different delivery systems.

3. YouTube’s Music Key service is finally announced. Rumored for more than a year, Google’s Music Key subscription service was announced and launched as a closely held beta in November. With no ads, offline listening, and access to the entire GooglePlay catalog, the platform has the makings of a formidable competitor to iTunes, Spotify and every other streaming service. 2015 will tell the tale.

4. Taylor Swift pulls her music catalog from Spotify. This story would rank a lot lower except for the public uproar, as it’s really more of a money grab than a philosophical stand. Swift claimed that she was standing up against the low royalty rate that Spotify was paying, yet her music remained on other streaming services, which contradicted the argument. The real reason for the hubbub is that her record company (of which she owns a piece) is angling to get acquired, so selling more CDs would help the bottom line a lot more than additional streams. The controversy and the fact that many fans were driven to buy the CD because they couldn't access the songs on Spotify took care of that.


5. U2’s free iTunes album giveaway backfires. Both Apple and U2 proved to be both short-sighted and out of touch when a copy of their latest Songs Of Innocence album showed up in every iTunes account. The problem was that everyone under the age of 30 felt that they were spammed. Hopefully the lesson was learned that music is only valuable when it's wanted. Read more on Forbes.