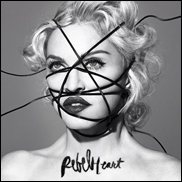 It used to be a leak trashed an album’s commercial chances. Could just the opposite be true now?


Madonna’s a has-been. Like Paul McCartney and Tom Petty. Someone everybody knows who has trouble selling new music. But unlike McCartney and Petty, Madge is a trendster, she didn’t just replicate an old sound on her new album, she worked with hitmakers of the moment. However, this is no guarantee of success.


But now, unlike in the early part of this century, when the leak occurred the label didn’t just fold its arms and huff and puff, they put out a bunch of tracks, they capitalized on the leak, right now the album dominates iTunes, why it’s not on Spotify I don’t know.


Because everyone knows Madonna makes her money on the road. The best result would be to have people hear her new music. That’s the goal of all artists, and especially the oldsters, who tour to the classics.


Will the album continue to dominate iTunes?


But the point is we’ve done a 180. The criticized labels now react swiftly. And with this and last year’s Beyonce album and this year’s D’Angelo and J. Cole LPs, could it be the paradigm is shifting? Could it be that the front-loaded game of yore is dying?


The old game was about making a bunch of noise so the album would have a big first week and retailers would reorder. But today, physical retail is dying. And album after album has a huge lead-up and then dies after the first week. It’s all about records being listened to. The worm is turning. No one’s gonna care how many you sold in week one, how many you sold at all, but how many times people listened, on Spotify, YouTube…


Think about this. Once you eliminate the first week game, there’s no reason to release a single in advance of an album, no reason to promote intensely for a few weeks and then give up. It’s no longer about the media, but the audience. The media likes news. It’s news when an album is released, it’s not news when the audience embraces it and continues to listen to it six months later.


Madonna herself was initially tone-deaf in her response to the leak. Then again, everyone gets angry when their well-laid plans are upset. But that’s the world we live in, where everybody knows everything and it’s hard to keep a secret. And why should music creation be such a secret anyway? PledgeMusic built a business on letting pledgers in on the creation of the record.


But does it have to be this way?


It does because there’s chaos in the rest of the marketplace.


Radio is stupid, antiquated in an on demand culture. Radio’s only advantage is adding coherence to the scene, delineating what records to listen to. This doesn’t have to be done by radio, but so far no one else has picked up the mantle. We’ve got endless playlists, when we really only need a couple. There’s only one “Billboard” chart for every format, only one MediaBase report. If we could clarify online listening, we could capture the flag from radio and create a new power.


Something like this will happen, that we can be sure of. The same way leaks are no longer death to an album.


Once again, Madonna could be ahead of the curve. She got intense publicity for a couple of days, the music is available, and if she’s smart, and we know Madge is brilliant, she’ll make an appearance on “New Year’s Rockin’ Eve,” or another first night of the year special, stealing the thunder from Taylor Swift.