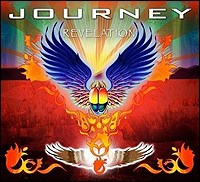 BENTONVILLE, Ark. (CelebrityAccess MediaWire) — Discount retailer Wal-Mart turned some heads recently when they announced a string of exclusive distribution deals with prominent artists, including Journey, AC/DC and The Eagles with more in the offing. This new arrangement is challenging the role of labels by effectively removing the "middle man" from the distribution chain and giving the artists direct access to fans.

According to the New York Times, the Nielsen Soundscan numbers reveal that the Eagles most recent double disc, "Long Road Out of Eden," sold exclusively through Wal-Mart, posted 711,000 in its first week and more than 3 million units to date.

Journey, who's album looks to be off to a similarly strong start, moving 45,000 copies of their latest triple disc release "Revelation" in just three days and according to Irving Azoff, its on track to sell more than 80,000 copies in its first week.

"With the downturn, the labels couldn't match the marketing commitments that Wal-Mart could make," Azoff told the New York Times, "It was well in excess of anything a label could do."

Azoff's Front Line has been instrumental in Wal-Mart's success and handled some of the production aspects that the label usually takes care of, including radio promotions and shooting videos.

Other artists that have signed similar deals, or who are in negotiations include rockers AC/DC, who, according to the Wall Street Journal, are set to release their new disc exclusively through Wal-Mart next fall. Country singer Taylor Swift has plans to release an album with Wal-Mart while cross-promoting L.E.I. Jeans, which the store chain also, by a strange coincidence, carries. The New York Times also reported that Azoff is in negotiations with the retailer for an exclusive distribution deal for Fleetwood Mac's next album.

Wal-Mart thinks that the key to its success thus far has been largely related to pricing. With CDs selling for $11.98, even for 3-disc sets like the latest Journey album, the retailer is competitive even with online vendors like iTunes who don't provide consumers with a physical product.

"I think that with any product, when the price goes up, the demand goes down," said Mr. Severson. "Sometimes it's about the right artist with the right product at the right price." – CelebrityAccess Staff Writers