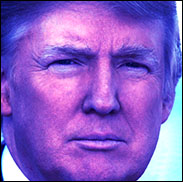 (Hypebot) – Now that post-election shock is fading slightly, many musicians and industry professionals are wondering what effects there will be on the music industry when President-Elect Donald Trump takes office in January.

Guest post by Kevin Erickson of the Future of Music Coalition

When President-Elect Donald Trump takes office in January, he will be charged with leading a deeply divided nation. And on many issues important to musicians, we still have very limited information about his views and positions.

Future of Music Coalition is a 501(c)(3) nonprofit organization, and as such, we cannot endorse parties or candidates. We are proud of our long history of working with members of both major parties to achieve sound policies which benefit musicians and serve the public interest. That bipartisan approach has served us well over the years.

We can, however, take clear stances on issues, and the historical moment demands that we assess the implications of this changing political landscape for musicians. While many of the issues we work on don’t break down on along clear partisan lines, Trump’s election and the resulting shift in the balance of power could result in hard-fought and historic victories for musicians being rolled back. Musicians and their allies must be prepared to organize and fight to defend these victories.

The Affordable Care Act, for example, despite its imperfections, effectively extended health insurance to millions of Americans, focusing on low-income self-employed individuals and their families, a population that includes countless musicians. Provisions forbidding pre-existing conditions from being a factor in eligibility also expanded the pool of the insured. Before the implementation of the Act, our 2013 research(conducted jointly with AHIRC) found that 53% of musician respondents were uninsured, about 3 times the rate of the general population. Since the ACA’s passage, the Republican controlled congress has held a seemingly endless series of votes to repeal it. Now, without Obama’s veto standing in the way, its future is unclear. Will countless newly insured musicians lose their coverage?

Another key issue is Net Neutrality, a principle which ensures that internet service providers treats all data the same rather than creating “fast lanes” and “slow lanes”. Fair online access enables artists to build careers, generate revenue, and connect with diverse audiences. Musicians and independent labels backed this concept even before the term was coined, and fought hard for tough Net Neutrality rules for more than a decade. Finally in February 2015, the FCC voted to approve Title II Net Neutrality rules. Since then, congressional attempts to limit or roll back the FCC’s new rules have reliably been stymied by President Obama’s ability to veto. We no longer have that protection, and Trump has indicated opposition to net neutrality, though it’s not clear he understands what it is. He also will be appointing a new new FCC Chairman who could take action to dismantle the rules.

We could keep going through a laundry list of issues that may lay ahead: antitrust and media mergers (Trump theoretically opposes the ATT/TWC merger), copyright modernization (no one seems to know if Trump has any views on this topic at all), fairness in music licensing, federal support for the arts, free expression and privacy.

But our greatest concern goes beyond any specific piece of legislation. To be blunt, we’re worried about our fellow citizens. We’re horrified by the rise of hate crimes that we’ve seen over the course of this campaign (likely as a result of campaign rhetoric, crimes targeting Muslims were up 78% last year). We’re deeply troubled by the normalization of misogynyistic language and sexual assault of women, having witnessed the corrosive impacts of such behavior in the music world. We’re worried about protections, civil liberties and basic respect for people of color, for immigrants and the disabled, and for LGBTcommunities. Diversity is the greatest strength of our music communities, and we fear a future where artists not aligned with privilege and power may not feel free to raise their voices.

At a critical and emotional moment like this one, some might suggest that focusing on the interests of the music community is a small and narrow area of concern.

But music is about so much more than celebrity, commerce, and entertainment. As Ian MacKaye is fond of saying, “Music is no joke. It’s a form of communication older than language.” In a divided country struggling to overcome the ugly legacy of white supremacy, music is a uniquely powerful force for alternately confronting injustice and bringing people together, for expanding our capacity for empathy, for leading us to better ways of living together. It’s a vehicle for critical perspectives to be advanced, galvanizing movements, building communities, introducing new voices and ideas, speaking truth to power.

So music and art are worth fighting for, perhaps more now than ever. And if music is worth fighting for, it follows that the welfare of musicians and the infrastructure to support them must also be worth fighting for. Achieving economic justice and security for artists and preserving their autonomy and freedom of expression must continue to be a priority. We ask that all elected officials join us in pursuit of that goal, and will hold them accountable when they do not.

And we remain committed to that work, today and every day.