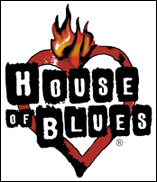 WEST HOLLYWOOD (CelebrityAccess MediaWire) — A woman was trampled and injured by a fleeing crowd at the West Hollywood House of Blues after a fight broke out at a September 3rd concert by Three 6 Mafia.

According to Fox Affiliate KTTV, the fight broke out as the concert was coming to an end with some of the venue's security personnel were involved. As patrons tried to get clear of the fight, the unidentified woman was knocked to the ground and sustained what authorities described as a "possible leg fracture."

The fracas then spilled outside and ultimately involved some Los Angeles County Sheriff's deputies who subsequently arrested two men, one for public drunkenness and one for an outstanding warrant. The brawl closed a stretch of Sunset Strip for a period of time while authorities concluded their investigations into the matter.

Three 6 Mafia weren't involved in the donnybrook and will continue their tour undeterred with their next gig on Friday at the Grove in Anaheim. – CelebrityAccess Staff Writers