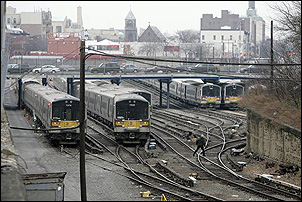 NEW YORK (CelebrityAccess MediaWire) — The Atlantic Yards development currently underway in Brooklyn has returned to the headlines as the center of controversy again.

The New York Post is reporting that a coalition of groups, comprised of civic groups and elected officials has raised issue with the project for planning to build a new basketball a scant 20 feet from the busiest intersection in Brooklyn. This location, critics contend, would make the arena a security risk, especially susceptible to terrorist attack and have called for an independent security review of the current plans.

"You can't construct an arena and put it right against a street in a post-9/11 world," Garry McCarthy, the head of Newark's Police Department told the Newark Star-Ledger.

The project's developers, Empire State Development Corp and Forest City Ratner have declined to opine in detail on security measures but directed concerned parties to an affidavit by the president their security consulting firm Ducibella Venter & Santore, Jeffrey Venter.

In the affidavit, Venter said that the current plan "considers in detail the ability of the structures to resist progressive collapse or to otherwise fail in a manner that could compromise life or interrupt facility operations."

The project has also made headlines recently over eminent domain lawsuits that are currently wending their way through the courts. One such case, involving a 150-year-old Brooklyn house that may have been a stop on the underground railroad, was recently decided in favor of the homeowner, one Joy Chatel.

Chatel was informed in 2004 that the city was planning to take her house under eminent domain in order to make way for the development. According to AM New York, The property on Duffield Street in downtown Brooklyn was to be demolished and replaced with an access road so that cars could reach a planned park and adjacent parking facility. A judge has recently decided that the property was not essential to developers plans and decided in favor of Chatel.

Lawyers from the city were quick to caution that this case should not be seen as a precedent setter however.

What are the Atlantic Yards you ask? They are a multi-billion dollar mixed use development in downtown Brooklyn. Intended to be comprised of 16 buildings, the project will be anchored by the Barclays Center, the planned future home of the New Jersey Nets. The development will also include both residential and commercially zoned areas as well as parks and a Long Island Railroad transportation hub. Sitework for the project started in February of 2007. – CelebrityAccess Staff Writers